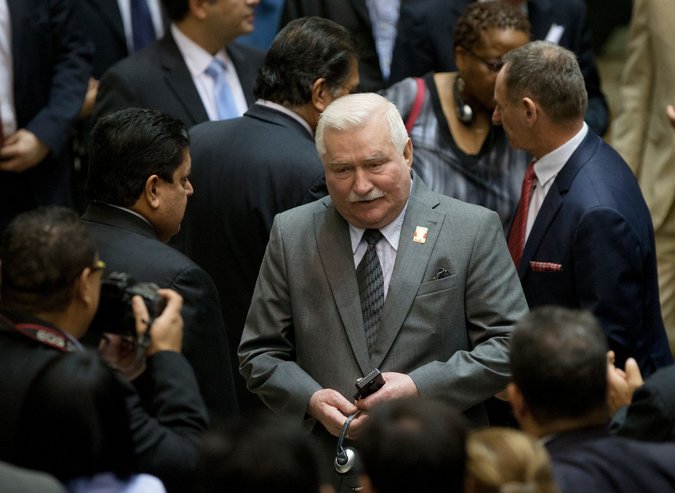 WARSAW — Lech Walesa, the former shipyard worker who helped bring about the collapse of Communism in Poland and then served as the country’s president, faces new accusations that he was an informant for the secret police during the Communist era.

For many years, accusations of collaboration have dogged Mr. Walesa, the leader of the Solidarity movement, who won the Nobel Peace Prize in 1983 and served as president from 1990 to 1995. A special court cleared him in 2000.

The documents include 350 pages of secret-police files that have never been open to public view. They mention a man called Bolek, which is said to have been Mr. Walesa’s code name, according to Lukasz Kaminski, the head of the Institute of National Remembrance, a government-run commission established in 1998 to investigate crimes committed during the Nazi occupation and Soviet domination. 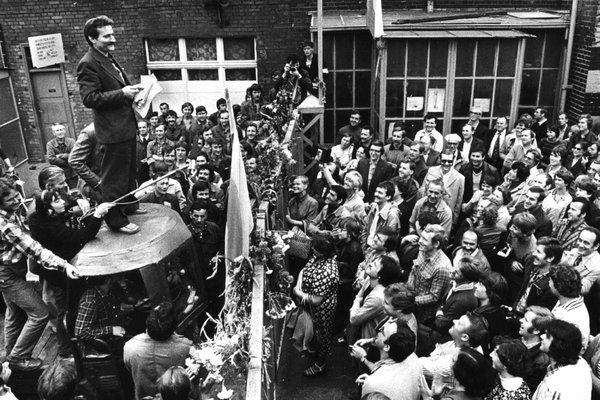 “In the files, there is an envelope, and in it there is a handwritten agreement to cooperate with the Secret Service signed ‘Lech Walesa, Bolek,’ ” Mr. Kaminski said at a news conference on Thursday. “There are also handwritten money receipts signed ‘Bolek.’ ” The files suggest that Mr. Walesa was a paid informant from 1970 to 1976.

Mr. Kaminski, a historian, said an archival expert who examined the materials “is certain of their authenticity.” But he did not say if he believed that the allegations in the documents were true. It is conceivable that the extent of Mr. Walesa’s involvement — if any — might have been exaggerated as part of an effort to intimidate, harass or blackmail him.

General Kiszczak died on Nov. 5. His widow, Maria Kiszczak, offered to sell the documents to the institute for 90,000 zlotys, or about $27,000, according to Agnieszka Sopinska-Jaremczak, a spokeswoman for the institute.

Mrs. Kiszczak, in comments to reporters this week, denied trying to sell the documents; she said it was the institute that offered to pay for them. In any event, the authorities seized the papers on Tuesday, asserting that the documents belonged to the Polish state. It was not clear how long General Kiszczak held onto the documents, or why.

The first time that the Polish public heard allegations that Mr. Walesa had collaborated was in 1992, when Antoni Macierewicz — then the interior minister and now the defense minister in the new government of the conservative Law and Justice Party — released two lists of 66 high-ranking officials who had supposedly collaborated with the secret services. The name of Mr. Walesa, who was Poland’s president at the time, was on one of the lists.

A special court in 2000 found insufficient evidence to conclude that Mr. Walesa had been a collaborator. A former head of the secret police in the early 1990s, Piotr Naimski, has long maintained that he was a collaborator.

Mr. Walesa, in interviews, has said that as a dissident, he “played a game” with the Communist authorities, but that he never actively served them.

This year, Mr. Walesa even proposed a public debate about the accusations at the Institute of National Remembrance. Later, though, he withdrew the offer.

In a post on Thursday on Wykop, a Polish social media website, Mr. Walesa wrote: “There cannot be any materials written by me. If there were any, there would be no need to forge them. I will prove it in court.”

The right-wing Law and Justice Party has talked of reopening Communist-era cases. Although collaborators would not face criminal charges, the party says it wants to expose people who have never acknowledged their moral responsibility.

Antoni Dudek, a historian and a member of the council of the Institute of National Remembrance, said in a phone interview on Thursday that he believed the documents to be genuine, but that they should not tarnish Mr. Walesa’s reputation.

“These files are related only to Walesa’s activities in the ’70s, not in the ’80s, when the whole world came to know him as the leader of a revolution that brought down the Communists,” Mr. Dudek said. “There is this image of a perfect hero without any flaws. That’s absurd. The fact that Walesa may have had a shameful moment in the ’70s does not make his accomplishments from the ’80s any smaller.”

He added: “I don’t think it will affect greatly how Poles think of Walesa. They are already very much divided when it comes to him and his legacy, so I imagine these documents will appeal mostly to those who already believe that Walesa was a Communist informant.”