The Syrena was a Polish automobile model first exhibited at the Poznań Trade Fair in 1955 and manufactured from 1957 to 1972 by the Fabryka Samochodów Osobowych (FSO) in Warsaw and from 1972 to 1983 by Fabryka Samochodów Małolitrażowych (FSM) in Bielsko-Biała. 177,234 were made by FSO and 344,077 by FSM, a total of 521,311. During its remarkably long production run it underwent only minor modifications.

From 1968 a prototype model named laminat was produced. A van called Syrena Bosto and a pick-up R20 were also produced. A coupe Syrena Sport and a hatchback Syrena 110 (in 1966) remained prototypes only.

A Siren is a mermaid who, according to the legend, protects the river Wisła and the Polish capital city, Warsaw. She is featured on the city’s coat of arms. Also a diminutive name Syrenka (little siren) is commonly used for the car in Poland. 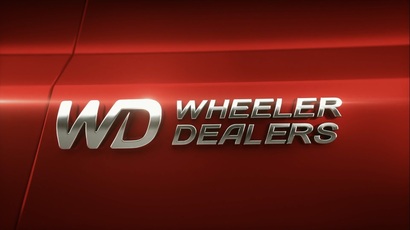 Wheeler Dealers is a British television series produced by Attaboy TV for the Discovery Channel, fronted by car enthusiast Mike Brewer and master mechanic Edd China. The premise of the show is that Brewer and China are on a mission to save repairable enthusiast vehicles, by repairing or otherwise improving an example of a particular make and model to a budget, then selling it to a new owner.