“Not all psychopaths are in prison – some are in the board room,” Robert Hare famously said during his aptly titled lecture, The Predators Among Us. 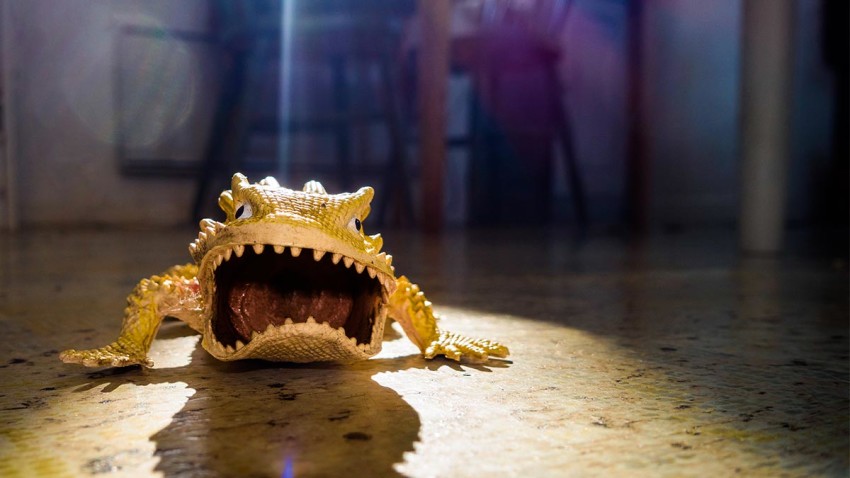 Psychopathy is one of three “dark triad” traits, the other two being narcissism and Machiavellianism. It should be noted that, unlike clinical personality traits, these traits are normally distributed in the population – e.g., you can score low, average or high – and perfectly indicative of normal functioning. In other words, just because you score high doesn’t mean that you have problems, either at work or in your personal life. And despite the antisocial implications of the dark triad, recent research has highlighted a wide range of career-related benefits for these personality characteristics.

Psychopathic individuals are generally more dishonest, egocentric, reckless, and cruel than the population average. Machiavellianism is somewhat more related to superficial charm, interpersonal manipulation, deceit, ruthlessness, and impulsivity. People who score highly on this trait are morally feeble and likely to endorse the idea that “the end justifies the means” or agree that “it is hard to get ahead without cutting corners here and there.” Narcissism relates to unrealistic feelings of grandiosity, an inflated – though often unstable and insecure – sense of self-worth, and a selfish sense of entitlement coupled with little consideration for others. As the term, and the legend of Narcissus, suggests, narcissistic individuals are so self-indulged that they may end up drowning in their own self-love – this makes it harder for them to focus on others. Narcissists are often charming, and charisma is often the socially desirable side of narcissism: Silvio Berlusconi, Jim Jones, and Steve Jobs personified this.

Previously, an impressive 15-year longitudinal study found that individuals with psychopathic and narcissistic characteristics gravitated towards the top of the organizational hierarchy and had higher levels of financial attainment. In line with those findings, according to some estimates, the base rate for clinical levels of psychopathy is three times higher among corporate boards than in the overall population. This is also consistent with earlier conceptualizations of psychopathy among businessmen. In his classic 1940’s book The Mask of Sanity, Hervey Cleckley noted that the psychopathic businessman works industriously and appears rather normal, except for his periodic sprees of “marital infidelity, callousness, wild drinking, and risk-taking”.

So why do these bad guys win?

In part, because there is clearly a bright side to their dark side. As found in a study examining the overlap between positive and negative personality characteristics, extraversion, openness to new experience, curiosity, and self-esteem are generally higher among dark triad personalities. In addition, dark triad traits tend to enhance competitiveness, if only by inhibiting cooperation and altruistic behaviours at work. In addition, studies have shown that psychopathic and Machiavellian tendencies facilitate both the seduction and intimidation tactics that frighten potential competitors and captivate bosses. This explains why individuals with these personality characteristics are often great actors, as well as succeeding in (short-term) sexual relationships.

Yet it is important to understand that all these individual gains come at the expense of the group.

Although there is clearly an adaptive element to the dark triad – which explains why bad guys often win – their success comes at a price, and that price is paid by the the organization. In evolutionary terms, dark triad personality characteristics constitute the essence of the freeriding. And the more polluted or contaminated the environment – in a political sense – the more these parasitic personalities will thrive.

Not surprisingly, a number of studies have linked the dark triad to higher incidents of bullying. Moreover, meta-analytic studies have shown significant associations between the dark triad and counterproductive work behaviours (theft, absenteeism, turnover, sabotage, etc.). In an impressive analysis of all the scientific studies published between 1951 and 2011, Machiavellianism, narcissism, and psychopathy were all positively linked with counterproductive work behaviours and poor organizational citizenship, and Machiavellianism and psychopathy were also negatively linked to actual job performance (as opposed to career success). As reviews have highlighted, “Ponzi schemes, internet fraud, embezzlement, insider trading, corruption, and malfeasance” can all be attributed to dark triad personality traits.

But as the saying goes, everything is better in moderation (except of course moderation). For example, studies have shown that an intermediate – rather than low – level of Machiavellianism predicts the highest level of organisational citizenship, perhaps because Machiavellian individuals are politically savvy and good at networking and managing upwards. In another study that examined military leadership, the best leaders displayed the bright-side features of narcissism while inhibiting its dark-side traits: they were high in egotism and self-esteem but low in manipulativeness and impression management.

So perhaps one may think about dark-side tendencies as overused strengths – tendencies that are fairly adaptive and conducive of short-term success, but may nonetheless lead to problems in the long term, especially if one is not aware of them. That is, the dark side represents the toxic assets of our personality. You can certainly turn them into career weapons, but the group will generally lose the more you win. Furthermore, when the primary goal is to ensure that a group or organization outperforms its rivals, it will be generally advantageous to minimize the incidence of dark triad leaders. Personality is an important career lubricant, but dark-triad traits are effective at the individual rather than group level.

Conman who sold the Eiffel Tower – twice!
The man who broke the pound
Why do we risk it?
Mad as a hatter or geniuses at work?
Are you hooked?
World’s first robotic kitchen unveiled (text + video)
Here’s what happens to your body when you eat a slice of pizza
Be your own best advocate
Will automation steal my job?